One morning after spending an entire night sobbing about the reality that we had a child who suffered so greatly with PANS, I slumped on the couch and told my husband that for the first time since our son was born, I was starting to lose hope. I had spent the last 4 years trying to heal him.  I was exhausted.  A heavy silence filled the room and we turned on the morning news to escape the intensity of what I had just revealed.  The segment was about a mother in a small town of Iowa who had a child with a rare disorder no one had ever heard of.  In her quest for a cure she singlehandedly raised a ton of money and because of her efforts, another sick child across the country was getting a very hopeful experimental treatment that may actually cure her.  For me, it was like a wink from the universe.  My inability to fix our personal situation was also my opportunity to do something about it on a much broader scale.  My brother Jon had asked me earlier in the week whether I had thought about what I would do if there was no opportunity to heal our son, if PANS was just a permanent part of Dexter’s life story?  I was sick at the mere thought.  I knew at the moment I would never stop fighting for answers.  But here I was just a week later feeling weak and discouraged.  When the news segment was over I looked at my husband with tears in my eyes and said confidently, “I’m going to do something about this.”  Then followed a question, a moment of doubt creeped in, “Wait.  Can I do something about this?  Can I do what she did?”  He reassured me that if I put my mind to it I could do whatever I wanted.  So I made the decision.  “I am going to raise a gross amount of money and get these kids help.  A million dollars!”  In the past I’ve been known to forget to look before I leap.  Wait…..  There was that doubt again.  “Can I raise a million dollars?”  Like always, he encouraged me.  “Sure.  I know you can do this…..If you want to”  I was excited about taking action.  The next couple of days I spent playing all the possibilities out in my head.  I decided to not try and make things happen, and instead, let them happen.  There’s a big difference, I think.  I opened myself up to all the possibilities and reminded myself that it wasn’t about me or my wants.  I was just going to say yes if opportunities presented themselves to align with the mission to support PANS children and families.  Within the next 48 hours I had 30 mother’s who had signed up to volunteer.  And in a grassroots effort; we got to work.  This is my son’s story.  It is so important to me to share with the world all our kids stories.  There are far too many of us to only hear from a few.

When Dexter was 3 weeks old he had his first of 3 MRSA infections. He screamed 20 hours a day for the first year of his life and experienced viral infection after viral infection. I couldn’t leave the house because of his meltdowns. I went through 6 pediatricians in an attempt to find out what exactly was wrong with my son. I was told he had colic. I was told he was spoiled. I was told that maybe he was just the kind of kid who wouldn’t like the way his socks felt on his ankles. What I wasn’t told was my son had PANS a disorder where an environmental insult could drastically alter his mental state. And that if treated early he could possibly just need a long course of a simple antibiotic.

Dexter was always sick. He ran cyclical fevers for years. When he was in the hospital at 7 months old with his second MRSA infection in his lymph node he was put on high dose IV antibiotics. The month following Dexter didn’t seem sick anymore. He was able to tolerate going to the grocery store without losing it. He could sleep. I was able to attend mothers day out events. I wondered if the first 7 months could have all started because of bacterial infections and maybe now that he had antibiotics he’d be cured. But a month later all the behaviors came back and this time with even more intensity. Then again at 14 months he had surgery and was put on another antibiotic. Again, the behaviors disappeared only to return a few weeks later.

The years that followed are kind of a blur. We saw every doctor and alternative health practitioner I could find hoping someone could help us. I heard goats milk would cure him. I rented a goat. I heard there was a machine called a Zyto that would identify his illness if we put our hand on it. I went to the chiropractor, the NAET practitioner, immunologists, neurologists, cardiologists, acupuncturists, naturopaths, he went on special diets. I did EVERYTHING I could to heal him. And while we found some relief from biomedical treatments and diet modification, he continued to suffer. After he started talking he would ask the same question 50 times within a 5 minute span. He would fall to the ground and throw his hands over his eyes if anyone looked at him. He was constantly terror stricken. We then spent 60k on behavioral therapy because he was diagnosed with autism at age 2.5; that’s what the research says works. Dexter’s symptoms continued to wax and wane. One month he appeared autistic, the next we were celebrating his full recovery and looking to take him off speech, occupational, and ABA therapy. I kept telling doctors his “autism” went away when he wasn’t physically ill. But I was often laughed at. I was told to increase his therapy. That he was just getting older. But that didn’t explain the constant regressions. It didn’t explain how one day he could interact and play on the playground and the next he would shake and tremble and run if a 1 year toddler tried to engage him.

After a cough in May of 2015, I literally lost Dexter to insanity. Any parent can appreciate the sheer horror of that circumstance.  He was seemingly happy and healthy and the next morning he was hysterically crying afraid to go into the playroom without his father or I by his side. He couldn’t look friends or family in the face because of fear. He screamed all day and all night. He hid in the closet and refused to come out because he was afraid. He wet his pants every day after being potty trained for over a year. He was afraid of me, his 2 year old sister and his father.

After 3.5 years of searching for answers one of our doctors mentioned PANDAS. I researched 24/7 and finally knew we had found what we had been dealing with since birth. Within months he had his tonsils and adenoids removed, was put on daily antibiotics and now we are preparing for IVIG, a fairly invasive immune therapy where he will be infused with healthy antibodies to crowd out the faulty ones.  Honestly, I’m scared to death, but hopeful that this will be another step towards his recovery. No child. No family. Should ever have to suffer like this. I lose my child every other month to OCD, anxiety, and aggression. I have spent so many nights praying for answers feeling like my petitions were falling on deaf ears. Even with the new found diagnosis, we are still dealing with lingering anxiety and OCD. He will still flare with a simple head cold. I know any day a stomach bug could come through his school and he could “disappear” for months. And much of this could have been avoided, had we not spent 4 years isolated, ignored and alone to deal with his mysterious illness that doctors knew little to nothing about.

I am committed to being a part of the solution that heals these children.  I hope you join us in our efforts to do just that. 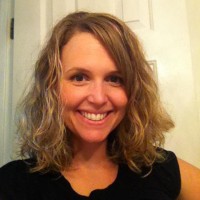 Keep up with what we're doing at PRAI and learn more about PANS/PANDAS from families in your community.